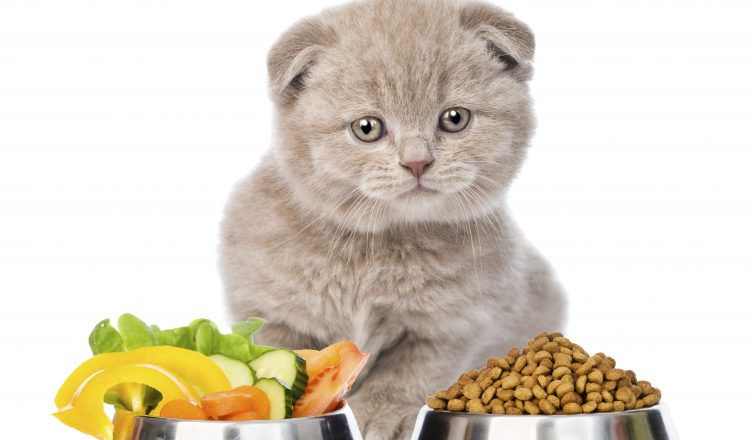 If you own a cat or two, you’ll quickly learn that they are just like having children – only a bit less work. They are needy but also wildly independent. They are constantly eating, love to cuddle one day – hate it the next. They’re used to getting everything they want, and can quickly consume every little bit of your heart. Cat people treat their furry companions like children. So if you would give your human children supplements and vitamins, why wouldn’t you give them to your cat children as well?

We have created a list of the Top 10 Best Supplements for Cats because we believe their health is just as important as ours. They can’t tell us if they’re not feeling well, feeling tired, feeling sore, or have a belly ache, so it’s up to us to care for them and keep them away from these conditions. Our list of supplements is geared towards a few key health factors. They will improve the overall health of your cats while also improving the health and strength of their skin, fur, bones, muscles, teeth, eyes, immune system, and rate of aging. Some of the supplements can also be taken to avoid and treat specific diseases that cats are very often prone to.

Most people take a multivitamin each morning. Why not share this daily routine with your cat?

Multivitamins are a preventive health measure for cats of all ages, breeds, sizes, and shapes. They aim to fill any gaps in a nutritionally imperfect diet. This doesn’t mean you’re not buying your cat the right food or you’re a poor cat owner; it just means that sometimes it’s difficult for cats and other pets to get everything they need from their diet alone – especially if they’re a picky eater, sick, or often skip meals. Multivitamins are a simple and easy form of preventive health practice that humans practice every day.  Kitties should be given the same option! A multivitamin contains all of the essential vitamins and nutrients to keep your cat on its A game. The ingredient list will often contain calcium, potassium, magnesium, iron, copper, zinc, vitamins A, D3, E, B12, and C, riboflavin, folic acid, and more.

Glucosamine is definitely the most popular supplement in the veterinary world. You may have heard of it before. Humans take it, too! It is most commonly used to treat joint pain. Glucosamine is actually a part of normal cartilage. Cartilage acts as a sort of cushion between bones and joints which reduces inflammation and pain. Without enough glucosamine, joints can become very sore and eventually damaged.

Did you know that cats are pretty much intolerant to NSAIDs? This means that if they need a non-steroidal anti-inflammatory drug to treat a condition such as osteroarthritis they need to dig a little deeper than a typical medical book. Glucosamine is a great option for arthritic cats!

While there isn’t much research on the topic, glucosamine is often recommended for the treatment of feline interstitial cystitis. This is an inflammatory disease of the bladder that is very uncomfortable and sometimes leads to serious chronic pain.

Lysine is an extremely popular supplement for cats. Lysine is an amino acid that has been to be very useful in the preventing and treating Feline Herpesvirus (FHV-1) infections. The virus is more common than you think, just as in people, and many cats are exposed to it while they are kittens. The symptoms for the infection are sneezing, nasal congestion, and conjunctivitis. The symptoms can be from mild to very severe. Cats are similar to humans when it comes to this virus. While they are often exposed to it as kittens, many of them fight the initial infection rather quickly. However, many cats remain chronically infected which means that the symptoms can arise again if the cat’s immune system gets weak due to stress, disease, or medication.

Aside from being useful for this specific condition, lysine is also used to help cat’s bodies produce antibodies, hormones, and enzymes that help boost the immune system which is obviously never a bad thing! It is also helpful for maximizing calcium absorption and collagen production. Calcium promotes strong bones and collagen production is key for healthy skin. We love lysine!

Milk thistle is an herbal supplement that has quickly moved up from alternative medicine to conventional medicine due to its powerful health benefits. The herbal supplement is made from a group of compounds called silymarin. Humans take milk thistle supplements to protect or treat the liver from possible damage due to toxins and infectious diseases. It is also used to improve diabetes symptoms and protect the kidneys from potential toxins. When it comes to animals, there is no specific evidence to support the exact diseases that taking milk thistle can protect a cat’s liver from. However, it is a good idea to give your cat milk thistle as a form of prevention against a possible liver disease, especially if your veterinarian suspects liver damage or related issues.

When it comes to probiotics, there isn’t a difference between the needs for humans and animals to take them. The bottom line is the same – probiotics keep immune system levels high and the digestive track healthy.

Probiotics are live bacteria and yeasts that are actually food for an animal’s health! Probiotics are commonly referred to as “good” bacteria. It’s an interesting concept, and it works! Probiotics are bacteria that are good for the body. Bodies are actually full of bacteria; some are good, some are bad. Probiotics are definitely encouraged, they will keep your cat’s gut healthy!
All sicknesses and diseases start in the gut, so it’s very important to always keep that in mind. This is something that is often overlooked and when it comes to humans, and especially pets such as cats. If they are not feeling well, they will start to feel tired and fatigued. A lack of exercise and a weak immune system will just be the start of your problems if this is the case.

Probiotics work in a few different ways. One way they keep cats healthy is by replacing good bacteria when their bodies are in need. For example, after taking antibiotics for a sickness, their bodies lose “good” bacteria. They also work by keeping a proper balance between “good” and “bad” bacteria. This helps keep their insides in perfect shape regardless of how many times they run in circles around the house!

Fish oil is also a widely popular supplement for animals. For people, fish oil is taken for a long list of health benefits – including lowering blood lipid levels and preventing cardiovascular disease. However, cats do not suffer from these two conditions that humans frequently suffer from. When it comes to cats and dogs, fish oil is recommended for treating skin allergies. Fish oil supplements improve coat quality and can reduce the necessary dosage of steroid medications that are used to control itching.

Fish oil is also helpful when it comes to treating arthritis in pets. There have been many studies conducted in which fish oil is effectively used as a therapy for cats with osteoarthritis.

Digestive enzymes break down foods to help the body maximize it’s nutrient intake. They are meant to speed up chemical reactions in the body in order to break down larger molecules and absorb all of the good particles that bodies crave! Both humans and animals, such as cats, need digestive enzymes to keep digestive health in check. Raw foods contain the necessary enzymes to promote these functions but just like human food, most of those enzymes are destroyed during the production of the commercial pet foods. So unless you’re feeding your cat raw food every day, which can be time consuming and expensive, your kitty friend probably isn’t getting all of the digestive enzymes he or she needs!

Coenzyme Q10 is a natural antioxidant that is synthesized by the body. It can be found in foods but is often taken in supplement form, for both humans and animals! Coenzyme Q10 is most commonly used to improve heart health. The list for humans is longer, but when it comes to cats, the supplement is recommended for treating and preventing heart disease as well as age related cognitive dysfunction.

SAM-e is a chemical that actually occurs throughout the body and initiates many different functions both inside and outside of the body. When it comes to cats and other pets, SAM-e is primarily used to protect the liver from disease due to toxins (sometimes in combination with milk thistle!!). It’s also effective for treating and reducing the symptoms of arthritis which is common in cats. There has been one clinical study in which the results showed SAM-e to be possibly effective for treating age related cognitive dysfunction in cats and dogs. While this is just a possibility, it still makes us so excited!

Azodyl isn’t the most common supplement but it sure is effective. The supplement is a mixture of probiotic organisms and prebiotics. Both of which are intended to support the growth of beneficial gastrointestinal bacteria! Azodyl is used to treat kidney failure in cats and other animals. The reason this works is because when you populate the gastrointestinal tract with bacteria, the nitrogenous waste that the kidneys typically remove from the body, are broken down by the bacteria instead. This not only lowers the levels of these substances but also fights symptoms of kidney failure.

Some Of Our Favorite Brands:

View all posts by Toni Noe →

5 Best Pre-Workout Supplements for Women in 2020

How To Use CBD as a Daily Supplement